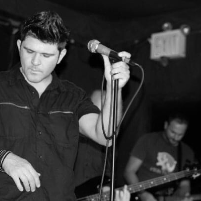 Avra is a post-punk rock band that formed in 2002 in Trenton, NJ. Back then Chris Pylaras and Stellios Maroulis were often being robbed of their equipment but still managing to receive noise complaints for "ruining the quality of life" Avra strives to create anthems with visceral lyrics and killer guitar riffs but really shines when the songs get groovy, Rasta style. New EP "Breathing is Autonomic" was released in 2020. The current set list will feature 4 brand new songs for an upcoming EP as well as material from the bands debut In Other People’s eyes in 2011.